Welcome to the fourth official year of the celebration of Sherry worldwide! 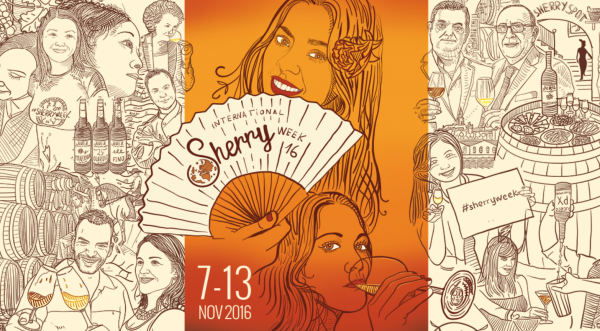 For a long while now I have been obsessed with Sherry, becoming officially obsessed in 2011 when I qualified as a Certified Sherry Educator. I was part of the original team of 4 promoting the World Sherry initiative for the first ever International Sherry celebration in May 2012. 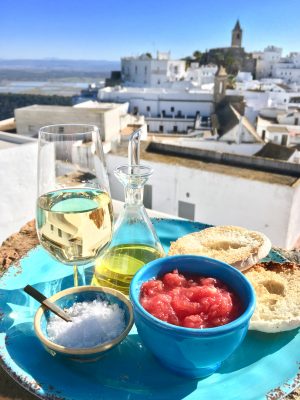 I love passing on my knowledge for Sherry wine particularly as it is still such an underrated drink. Sherry isn’t all about sweet, winter warmers. In fact there are no added sugars in Sherry at all, the Moscatel and Pedro Ximenez green grapes are naturally sweetened through sun-drying. There is also a Sherry to match every kind of food. A wonderful way to remember food pairings is; if it swims you’ll want a refreshingly dry Fino or Manzanilla, if it flies you’ll want a versatile Amontillado, and if it runs you’ll want an Oloroso to stand up to robust meats.

Sherry bodegas develop their wine in stacks of barrels (solera & criadera systems) in buildings affectionately known due to their architecture as cathedrals. The high ceilings, small windows, and thick walls of the cathedrals allow the air of the region to surround the barrels as the Sherry ages. 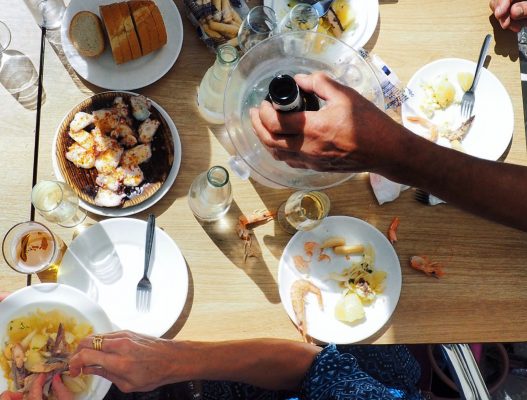 My Spanish Sherry buddy Vicky Miller holds an annual Sherry Gala in Jerez for celebrating and initiating new explorers into the world of Sherry. This year held on Friday 12th November, details and tickets can be found here: https://discoversherry.com/2016/10/06/dont-miss-the-annual-gala-of-the-sherry-explorers-2016-english/

If I could be in several places at once, these are some of the Sherry bars, restaurants, and events where I would want to be celebrating:

Find out where in your part of the world to worship, test, sample, and explore Sherry during Sherry Week 2016 using this map http://www.sherry.wine/sherryweek

Follow Annie B on Instagram, Twitter, and Facebook for Sherry tips and info throughout the week, and keep us updated with your forays into Sherry appreciation by using the hashtag #sherryweek on social media.

Want to find out lots more about Sherry? Why not come along on the Ultimate Sherry Tour September 2017  with my Sherry buddy Chelsea Anthon (founder of International Sherry Week) and me.

Where to Eat & Drink in Cadiz: Top 10 Definitive Guide
Scroll to top