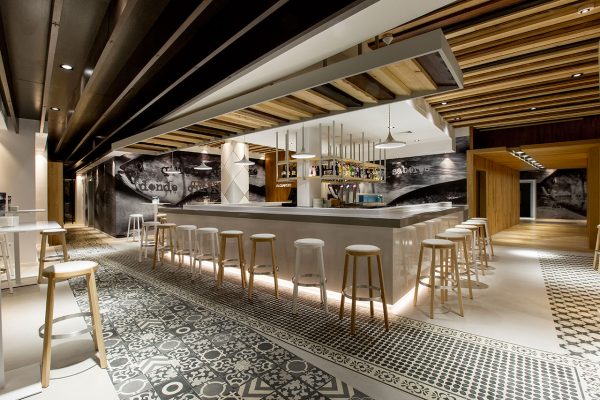 After another recent thrilling feast at the tuna temple of El Campero, dining on tuna caught in the 2016 Almadraba, I couldn’t help but think that perhaps it gets better and better each year. It could also, of course, be because my knowledge and appreciation of the subject becomes deeper and more informed. Coming here to eat is just one of the many highlights you can enjoy on my Almadraba Tour

Let’s roll it back a frame or two, and start where everything tuna-related around here starts: with the Almadraba. Every year, with each Almadraba, I learn more about the techniques involved in the catching, despatching and freezing of this fish caught as they migrate into the warm waters of the Mediterranean to spawn.

Almadraba: Not for the Faint-hearted

This ancient method of fishing is very clever. It is devised from an understanding of how the tuna behave. It can’t be compared to the indiscriminate drag net fishing method used by the unskilled who are only able to push buttons. The men of the Almadraba are tough and put their lives at risk to bring these majestic fish to our table. The Almadraba is not for wimps but for the fiercely proud and determined. 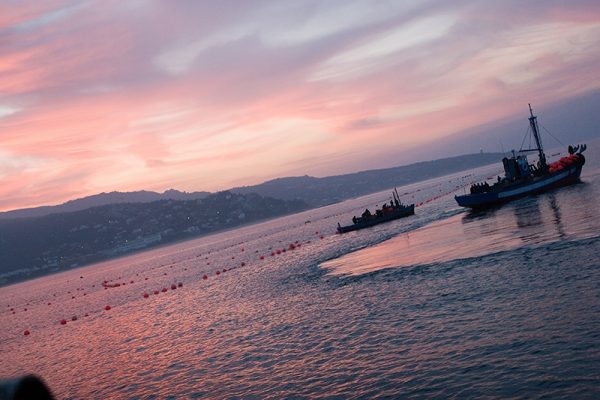 This year I observed the two men responsible for cutting the jugular. The slightest wrong move and your legs could be smashed – and if you fall, you could be crushed. Your nerves have to be made of steel. Some of these mighty tuna are up to 200k in weight and a wrong move can be fatal. Indeed, one of these guys lost his father to a tuna in a recent Almadraba. His late father was one of the Charles Atlas-type men who walk on the net, slipping ropes around the splashing tails of the captured tuna so that they can be hoisted onto the decks of the boat which will then take them to Barbate. His late father must have lost concentration for a moment and a tuna tail smashed some of his ribs which, in turn, punctured his lung.

I witnessed men jumping from boat to boat. I even saw one diving down between two boats to free a tuna caught in a rupture in the net. He could have been crushed by the boats buffeting each other on the ocean wave. But that thought probably didn’t enter his mind as he was high on the exhilaration of the Almadraba net being lifted.

In this day and age, these fishermen have realised that to deliver the tuna to the market at its very best, the tuna can only be out of the sea for 2 hours maximum before entering the -60 degree freezer. They know there is only time to process 100 fish. 100 tuna hoisted out of the trap, 4 at any one time. 2 despatchers cutting the jugular. And once the boat’s iced chamber has been filled with 100 fish, follows a 30-minute journey to return to Barbate when over 20 men will be waiting to perform the ronqueos, the butchering of the tuna into several differently named parts. These parts then are frozen at -60 to preserve it for the whole year, for export to Japan and to kill any anisakis parasite the tuna may carry.

So when eating this fish, you know that it is as fresh as it can be. It is not yesterday’s fish, it is only two hours out of the sea. This unique gourmet delight doesn’t even taste of fish – except to my palate, the heart and the sperm.

The hub of the Almadraba is Barbate. A lively fishing town with an ancient history of preserving tuna. It is also home to the most revered tuna restaurant in Spain, Restaurante El Campero (Restauranteelcampero.es).

People flock from all over the world to this modestly situated piscine place of worship – although once you step inside, you know that this is no ordinary fish eatery.  The cutting-edge interiors give you hope of a phenomenal experience and I have yet to be disappointed with the delights they serve. This is about nose to tail eating of tuna like nowhere else.

Our recent feast started with carpaccio of paladar. The paladar is the rooftop of the mouth. For each 100 kilo tuna, only 50g of paladar is available. This deeply red and lively cut was served with a basil sorbet. Phenomenal. Matched with Tio Pepe en rama, this has to be one of the most divine tuna cuts I have experienced. 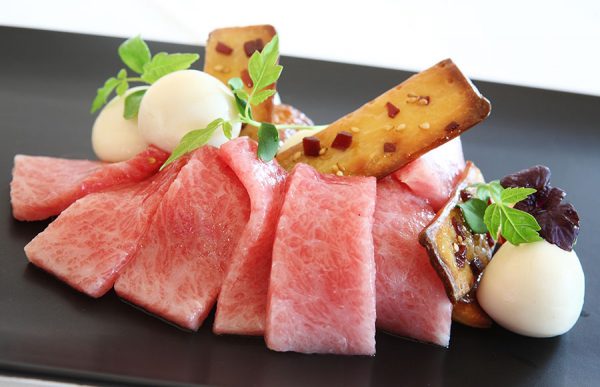 This was followed by sashimi, tataki and tartare, all using the lomo, one of the least fatty parts of the tuna. In a land where fat is king, it’s the fatty parts of the fish that everyone wants. The blue fin build up blubber to keep warm in the depths of the cold Atlantic – that’s why the meat melts in your mouth like butter upon eating. It’s the fat.  As in the photograph above – sashimi of ventresca (belly), with its unique blubber/fat marbling. All dishes were perfectly executed – good to see ginger the colour it should be too, and not that artificially coloured pink stuff.

Moving onto the Mormo

Then we moved on to some cooked dishes, starting with atun encebollado – tuna cooked in onions. This dish was prepared using the mormo – one of the pieces from the top of the head. The head is subdivided into at least six different parts. Mormo is always tender and flaky – almost impossible to slice but a luxury if used for encebollado. We make this dish in the kitchen here and it always a huge hit. Featuring local, wild oregano, smoked paprika, vinegar, garlic and several kilos of onions, it is typically one of the tuna dishes you can find in most local tapas bars, though not normally made using the pricier cut mormo.

A quick blast of piruleta de huevas de leche (that’s tuna sperm to me and you) served with a mango sauce and caramelized onions, before we moved onto a platter of mixed tuna cuts cooked a la plancha style with nothing apart from salt. This was a great way to taste the different cuts side by side. The fatty marbled ventresca/ijada (belly), the gamey corazon (heart), the slightly drier but still extremely unctuous tarantelo and the deliciously flakey contramormo (from the head).

To finish things off, basil and lemon sorbet for dessert was the most perfect palate cleanser.

Throughout the night we drank fabulous Tio Pepe Fino en rama (€20, bottled during spring 2016 just as the tuna were starting their journey towards these shores); we then moved onto Ourive 2013 (€33 a sensational barrel aged Godello from Ribeira Sacra, close by the more famous Albariño growing area). A spectacular red A Torna dos Pasas 2012 (€25, DO Ribeiro) from the north of Spain completed an equally amazing wine journey.

Our wine selections were made with the guidance of the talented sommelier at El Campero, Raul. Every wine was a surprisingly perfect match with our tuna. Raul has even played a hand in putting together a fabulous Cava Mestres Brut Reserva 2012 (€23) that was especially blended to match tuna. Previously I’d always been slightly suspect of this Cava, given that it is wrapped in a blue and white striped sleeve with images of tuna winking at you. In actual fact, though, it is an extremely fine Cava well worth the money. This we had for drinks in the bar before heading through to the restaurant.

Our total bill for 6 including 4 bottles of wine, lashings of water and 6 after dinner Pancracio dark chocolate vodkas came to a hugely respectable €275 excluding service. Service is a bit hit or miss in the restaurant. When they do get to you they are charming but just getting the attention of a waiter can be tricky. For this reason I suspect they will never get a Michelin star. The service in the bar is much zippier.

I can also really recommend El Campero’s tasting menu of atun rojo – as long as you are prepared to be defeated by an onslaught of tuna. At €65 per head, excluding drinks, it has to be done probably just once in your lifetime.

For the bar, no bookings are necessary but for the restaurant, yes. I love dining in both – either is fine, just as long as I am worshipping the glorious atun rojo at the table of El Campero.

Reflections on the Almadraba