Sherry: The Beginner’s Guide to One of Spain’s Greatest Wines

You are here: Home / Blog / Annie B's Spanish Kitchen / Sherry: The Beginner’s Guide to One of Spain’s Greatest Wi...

My Beginners Guide to Sherry 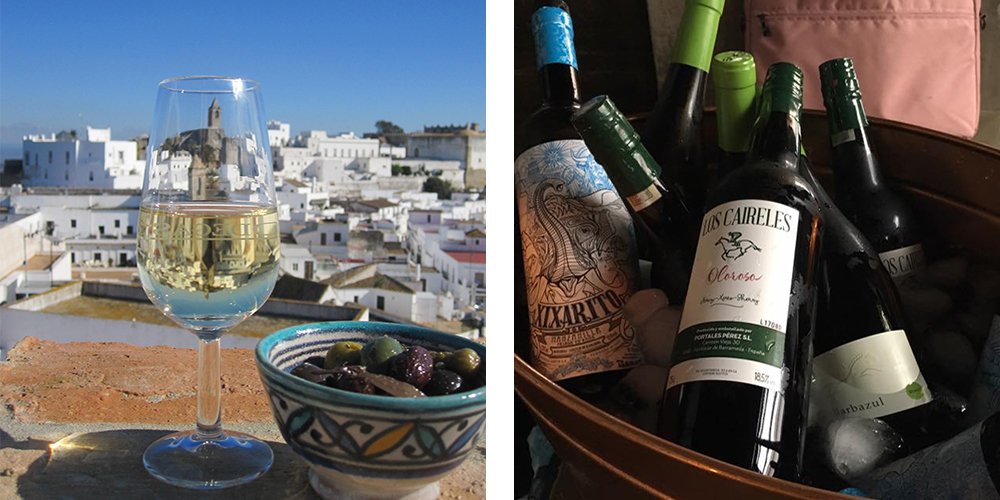 ‘Educate me on Sherry’, was a recent request from a friend compiling an online magazine. With pleasure, I replied. Sherry really is a pleasure to me. It’s one of the most versatile wines in the world: there is a Sherry to match every type of food – even breakfast when big, juicy raisins, soaked in PX Sherry can be scattered over your porridge. No Spanish cooking holiday can be complete without a daily indulgence in what is, possibly, my favourite wine in the world.

The subject of Sherry is HUGE. It is complicated to get your head around the way it is made.  And the more you know, the more you discover there is to know.

Sherry is one of the oldest wines in the world. It was being made during the time of Moorish occupation of Andalucia until 1231. Then, Jerez was known as Sherrish. It was only after Sir Francis Drake plundered Cadiz in 1587, bringing back to England with him around 3,000 butts of Sherry, that the British love affair with Sherry started. Shakespeare referred to the English’s love of ‘sack’ in his Henry IV, 10 years later. Sherry was shipped to the UK for centuries in oak barrels. These barrels in turn were sent to Scotland to age Whisky. Hence the labels on Malts being Oloroso cask aged, PX cask aged etc. Interestingly, for those of you who are fans of malts, Bruichladdich of Islay have released a malt where the name of the Sherry House providing the barrels – Fernando de Castilla – on the label.

Where is Sherry From?

What is a Sherry?

Sherry is a generic term. If you were to go into a bar in Andalucia and ask for a Sherry – they’d look at you blankly. You need to ask for it by type.

Remember – all Sherry is made from white grapes. Palomino, Moscatel and Pedro Ximenez. The Palomino grape makes up to 90% of all Sherries.

What is a Sherry?

Sherry is a generic term. If you were to go into a bar in Andalucia and ask for a Sherry – they’d look at you blankly. You need to ask for it by type.

Remember – all Sherry is made from white grapes. Palomino, Moscatel and Pedro Ximenez. The Palomino grape makes up to 90% of all Sherries.

How is Sherry Made? 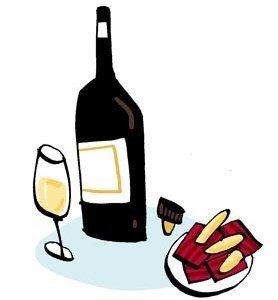 Sherry is aged and blended using a system called solera y criadera. Solera is a process for ageing liquids by fractional blending in such a way that the finished product is a mixture of ages. The solera is the layer of bottom casks and the criadera is formed by the casks cradled above, containing the Sherry which eventually passes into the solera, using fractional blending. The final product is bottled from the solera.

There are some Sherry houses with soleras dating back hundreds of years. And that’s one of the many reasons why a glass of Sherry is so exciting: within every sip, there will be a tiny amount of history.

*Flor is the layer of naturally forming yeast that sits on top of Fino and Manzanilla
wine in the casks and protects the wine from the oxygen/air preventing it from becoming oxidized.

AGED: All Sherry is aged. The youngest Sherry you will ever drink will be three years old.

BLENDED: 98% of all Sherry is non-vintage; it is a blend of different vintages. Only Oloroso can be a vintage. The ageing system of solera and criadera allows for fractional blending – all vintages meet together as they make their journey to the solera for bottling. 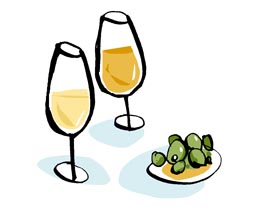 Please note that because Fino and Manzanillas are made without the use of oxygen, the first exposure to air the wine gets is when you open the bottle. Thus it needs to be treated like a normal wine. If you can visualize a normal bar in UK, the bottle of Tio Pepe is sitting on top alongside the port, Creme de Menthe etc. More often than not, the bottle will have been open for ages and by the time it comes to ordering a glass of it, it will have gone past its best. Anyone trying Tio Pepe for the first time would understandably dislike it. (Polite note to British bar owners: sell more Fino and Manzanillas by the half bottle.)

Fino de Jerez – the driest and youngest of all Sherries (3-5 years old). The newly pressed wine is fortified up to 15% where a layer of protective yeast forms within the 3/4 filled barrels. This layer of yeast not only protects the wine from becoming oxidized, it also eats all the sugar in the wine, hence the bone dryness. Whoever was the first person to look into a Sherry barrel to see a huge layer of FLOR covering the Sherry, thinking ‘’that looks yummy, I think I’ll taste it’’ deserves to be sanctified!

Manzanilla – not to be confused with Chamomile tea! Again a young and bone dry Fino but Manzanilla is from Sanlúcar – and nowhere else. Fino only come from Jerez and El Puerto de Santa Maria.

Amontillado – Starts off as a Fino or Manzanilla for 3/5 years and is then fortified up to 18% and receives further oxidative ageing in barrel before bottling. It’s the air that gives Amontillado its brown tinge.

Oloroso – The wine from the second pressing is immediately fortified to 18% and then entered into barrels where it remains exposed to the oxygen as long as +40 years.

Palo Cortado – This is my favourite Sherry. You can’t make it – it just happens. It starts its life as a Fino/Manzanilla but inexplicably loses its layer of flor and, as a result, is exposed to the air thus requiring further fortification. It becomes an oxidized wine with the richness of Oloroso but the crispness of Amontillado.

Pedro Ximenez (PX) – The sweetest of all Sherries, the green PX grape is left to dry in the sun after picking where its juices concentrate before pressing. 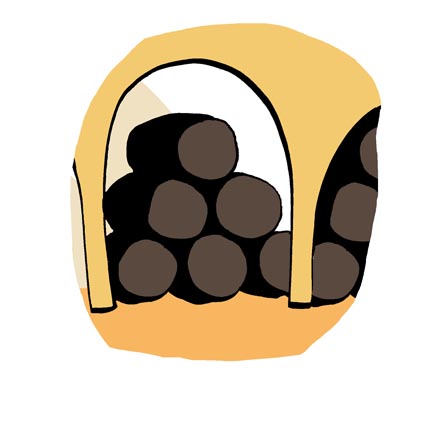 The most important ingredient in the ageing of Sherry is air. Manzanilla tastes differently to Fino due to the maritime air of Sanlúcar, while the importance of the Poniente and Levante winds of Sherry country in keeping the barrels cool is absolutely paramount.

There’s an important saying to bear in mind when you’re matching Sherry with food:

If it swims: Fino and Manzanilla.
If it flies: Amontillado.
If it runs: Oloroso. 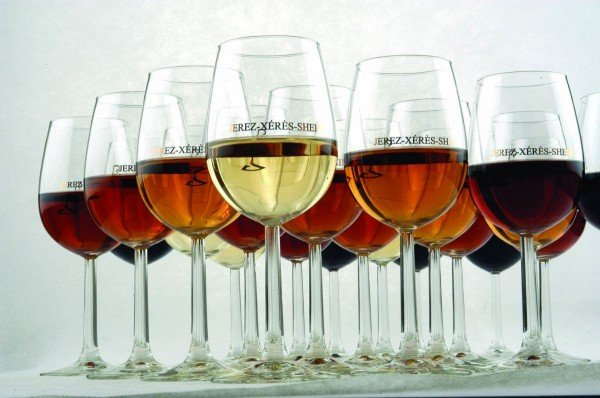 All other Sherries have been made with the use of oxygen so if kept in the fridge, a bottle of Oloroso can last for up to a year. 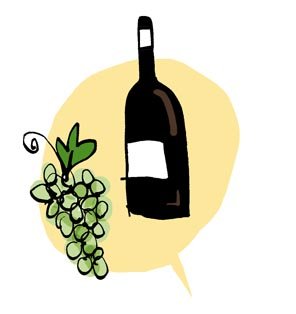 If you’d like to find out more about this great wine of southern Spain, sign up to one of my Sherry tasting classes.

If you are interested in planning a Sherry Tour, get in touch. 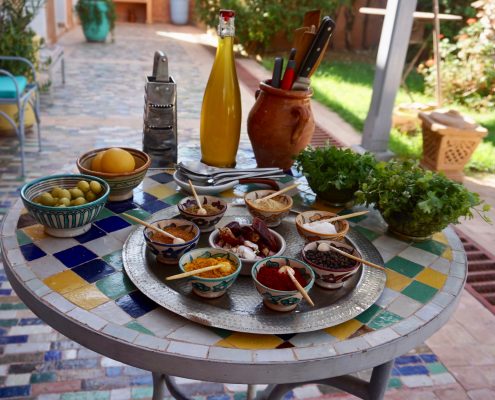 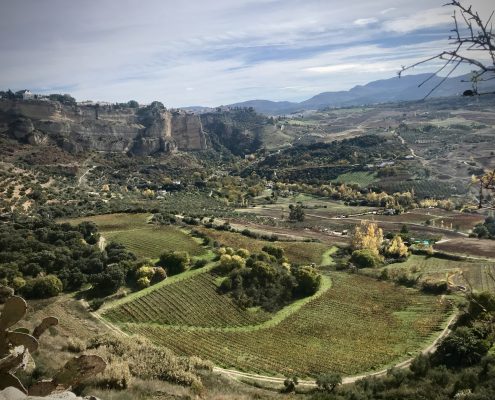 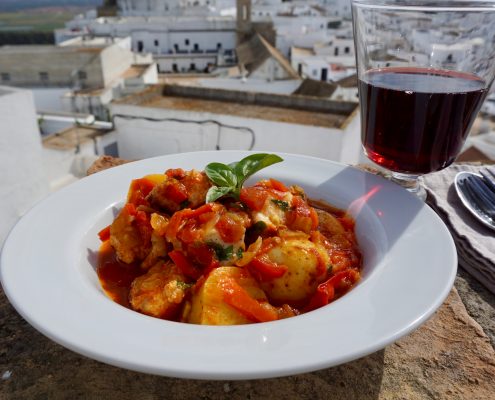 Seville, 10 Reasons Why You Should Go Now
Scroll to top