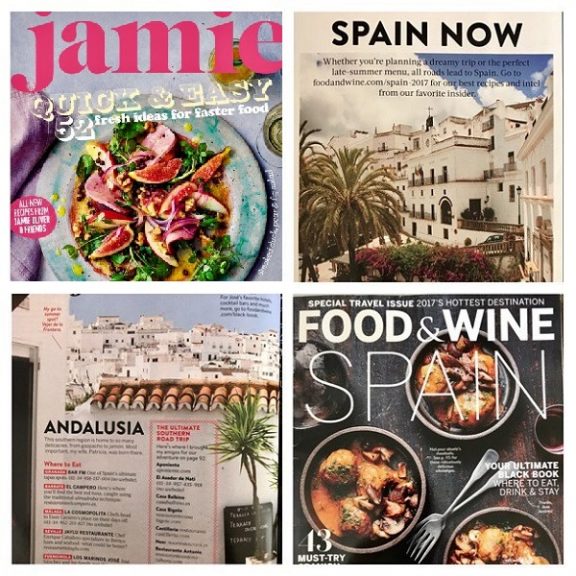 Celebrity chefs on both sides of the Atlantic are loving all that’s delicious in Vejer de la Frontera. Both the September issues of Jamie’s magazine and the USA’s Food & Wine have been singing the praises of the town’s gastro credentials.

Jamie featured it as “An Endless Summer” destination and Annie B’s Spanish Kitchen as a “must-do” – see below: 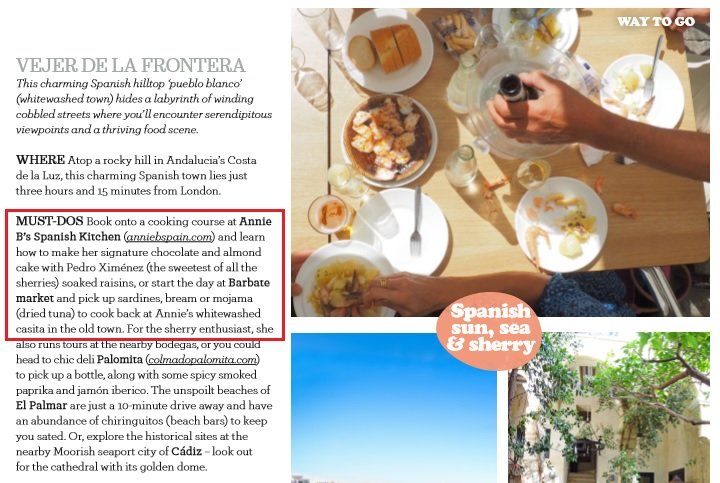 (You can see the full mention of Annie B’s Spanish Kitchen here. Thank you, Jamie O.)

Over in a Spain Special edition of F&W, meanwhile, guest editor José Andrés went one step further and listed Vejer as his “go-to summer spot”. 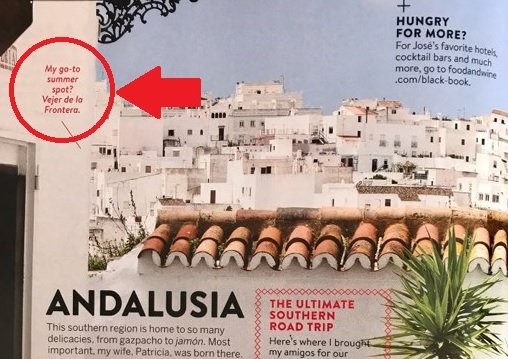 Let’s just roll that over the tongue again and savour it. José Andrés, one of the world’s best-known and most influential chefs, is picking out Vejer as THE foodie destination in Spain. He’s not talking about the wonderful shops in Vejer, say, or the fabulous nearby beaches. He’s just interested in the food – and it’s for that reason alone that he’s picked it out.

I can’t say I’m altogether surprised. But it’s still quite an honour.

Want to read more rave reviews of my town – and, ahem, my cooking holidays? Check out my press page.

(On a side note: I wonder if José Andrés and Jamie Oliver even know each other? I imagine they might after ‘Paellagate’ (as seen by the Guardian) when poor Jamie O was slated by the self-appointed paella police following his inclusion of chorizo in his paella.)

Pestiños – A Sweet Treat for Cadiz Carnival
Scroll to top